In the past few weeks, I’ve been pushing myself too hard for too long that at times I feel like I’ve run out of things to write about – things that are actually relatable. My posts began to be more emotional and I don’t dig that.

So lemme be myself & improper for today and just do a casual blog post, which I haven’t since I started my wordpress. My life is pretty mundane, although people always have this impression that I go out and party a lot… No I don’t. K but let’s see who reads finish this post because I don’t actually think many would be interested in someone else’s life. But but but I could be wrong.

What I do on a normal working day

As most of you already know, I currently work at GaiGai – Paktor’s sister company. It’s a pretty young company and I enjoy my time there. Working hours are fantastic. Colleagues & boss r awesome. They’re fun and the GaiGai girls are quite crazy and really so fun to be with.

What actually happens from Mon-Sat — My alarm rings at 8am. I snooze once. I finally get up & spend 5-10 mins choosing my clothes. I know some girls (like my sis) pre-plans the night before but I aint got time for that. I do it on the day. Every time I try to plan an outfit I always wake up in the morning feeling different so I don’t bother anymore. I shower for 10 minutes. And all the random things in between and I watch either a Casey Neistat or Jess & Gabriel vlog before heading out.

I make my way to work. I work. I have a happy time eating lunch. I work, again. I knock off. I go home for dinner. I watch Westworld/Gotham. I sleep. I NEED WAY TOO MUCH REST FOR A 23 YO.

What happened for Halloween – 28 Oct, Friday

I was so sure I was gonna be Arsenal, Red Arrow (from CW series, Arrow) with my red hoodie outfit…. As u can tell from my snaps. 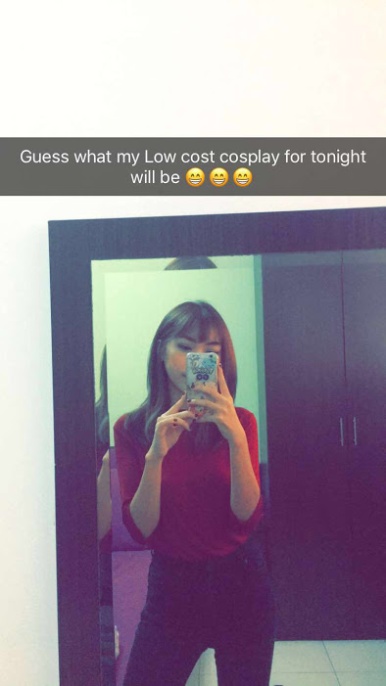 But the GaiGai girls ended up renting some Sailor Moon costumes. I politely rejected, MANY MANY TIMES. Hahahahahahahaha. So they were like “coco, this set is too small, u try this! we already rented, we just want to see you in it. just try just try.”

I am gullible. I really tried it on thinking they’d let me off. But NO… They didn’t let me change out of the costume so I wore it over my ripped jeans because it’s so short. hahahahaahahaha. And mind you, I carried my backpack cuz I thought it’d look more Arrow-ish. So I was practically in a sailor moon costume, ripped jeans, sneakes & carrying a backpack at Clarke Quay. hahahaha the visuals tho. 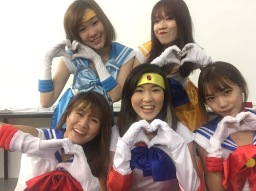 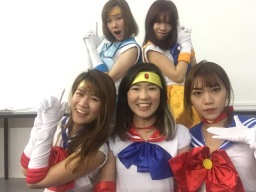 We had a mini pre-party wefie shoot in the office before we left for F Club. Wah sai. Not many dressed up at CQ lor, so cheated. Looked like fools but least, we’re beautifools. Haahahahahaha. And as you can tell I was totally feeling so shagged out cuz I woke up super early that morning for a course. Then I went back to office to finish up some work. AND THEN we had the halloween party. Damn siao I think I’m rly getting too old for this. There was a guy who came up to me at F Club and asked me why I had my jeans on cuz then I didn’t fit in with the rest of the girls. ahahahahaha walau ey damn kpo. chao tiko.

I was supposed to have a Halloween drinking sesh w my homie (JM) the next day on 29th but the plan failed because I’ve been feeling so restless/sick these few weeks I’d rather stay home and just sleep. Immune system is really all-time low & I’m not proud of it. Need to start working out soon.

What is going to happen from now – VLOG MAYBE?

I’ve been considering to go back to vlogging….. But lemme think about it. I have some videos I took during the Pokemon Go period which I haven’t released at all – it was with my bro so if I can actually piece them into a watchable short vid then I’d probably post it up on my YouTube and embed it in my next post.

Also, some friends & people have been asking me to do make-up tutorials & stuff so maybe I’d wanna run through some of the make-up I’ve been using lately…… But I nidda first clarify that this lady over here isn’t a make-up guru at all I juz do my own makeup and I can’t advise what’s good n what’s not for u. So yes yes we shall see how. And I lost my voice so I can’t vlog this week….

If you have any ideas on what you’d like to watch me vlog bout, or make a video on, do lemme know. I’m sorry this time we can’t have deeper n more intellectual conversations across my Ig dms and Fb msgs (hahaha) due to my post but you know where to reach out to me. And I have a project coming up – working on one video that’ll be up on both my blog as well as a friend’s from Turkey. HEHEHE. I’ll need some help, if you’re interested, dm me anywhere.

Have a great week ahead guys, while I get back to finishing up some work. 😉 😉

If you are single and have 12 November free, do check out one of the events my colleague came up with, that’s pretty awesome. The deets are here; for just $30 you get 1 drink, buffet-style dinner, games, lucky draw & there’ll be a live band + dj on set. IF it helps, I will be there at the door doing registration, and all Gaigai girls will be there.